Emmalyn was born a healthy, happy, full-term baby. She was moving along right on schedule until April 4, 2005. That’s when our lives turned upside down. She was four months old and was just starting to learn to roll. I was sitting on the floor with her playing and she let out a terrible scream, the kind that sticks in your memory forever. One a mother never wants to hear. I picked her up immediately and noticed she was limp. Almost like a rag doll. By now, she had stopped crying but her breathing was raspy and I knew something was wrong. We had a great relationship with her primary care doctor so we took her there first. After seeing her, he sent us to our local ER. There, doctors insisted she must have swallowed a toy or something. No one was listening to us about her limb weakness. I knew we couldn’t get the help we needed there, so we left and took her to the children’s hospital which was 45 minutes away. By this point, our sweet girl was unable to move from the neck down. She was paralyzed.

After many weeks, many doctors, MRIs, spinal taps, blood work, X-rays, and a brief stay at another children’s hospital, we were finally given a diagnosis, Transverse Myelitis. Then the words “there is no cure.” As young parents, we were terrified and our heads were spinning. We just couldn’t process it all. The doctors FINALLY began steroid treatment which helped bring down the inflammation in her spinal cord. She slowly began moving her fingers and arms. She was finally breathing normally. Before we knew it, the doctors were telling us we were going home. Home? But she hasn’t regained movement in her legs. That’s when we were told that may never happen. We packed up our things and headed home to start our new “normal.” This would consist of doctors’ appointments (sometimes weekly), physical therapy, MRIs every 6 months, and orthotic bracing.

Emmalyn is now almost 12 years old. She has extreme muscle spasticity, an unsteady gait, decreased sensation, nerve pain, bladder issues, and a few other issues, BUT she walks! She uses a wheelchair for long distance due to fatigue. She is our little miracle. Every day presents new challenges but she seems to overcome them all. As a family we try to stay positive. We pray often for a cure but know and accept that if one is found, Emmalyn is too far out. The damage is already done. Transverse Myelitis has changed our lives, especially Emmalyn’s, in many negative ways but there have been positives. We have been able to meet so many wonderful people along this journey including other families struggling with TM. We’ve also been able to visit different parts of the country while seeing specialists and going to rehab. 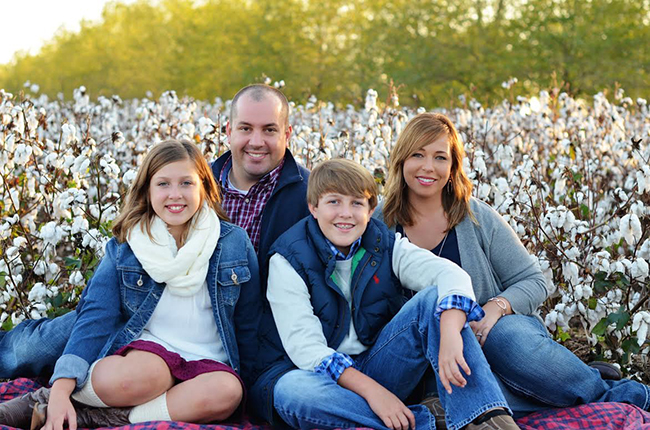 We know TM won’t keep Emmalyn down. She is strong, beautiful, and full of faith. God will continue to bless her and guide her. That we are sure of!